Warning: You are viewing this site with an outdated/unsupported browser. Please update your browser or consider using a different one in order to view this site without issue.
For a list of browsers that this site supports, see our Supported Browsers page.
A New Approach to Lunar Robots - The Robotics Institute Carnegie Mellon University Skip to content
Home/News/A New Approach to Lunar Robots

A New Approach to Lunar Robots 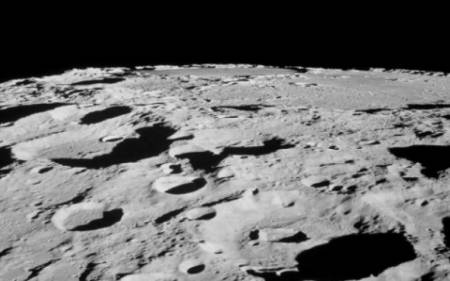 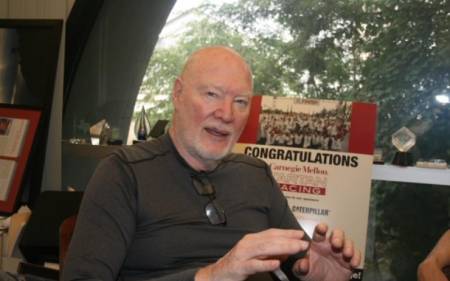 NASA’s MoonRanger robot will rely on fully autonomous operations during its week-long mission, a level of autonomy that has never been achieved before in such a manner on the moon, says Red Whittaker of the Carnegie Mellon Robotics Institute – RI.

The current development of particular robots for NASA represents a methodical shift in how some Lunar or Martian vehicles are designed and how the related components or systems are included to support vehicle operation. Carnegie Mellon University and Pittsburgh-based Astrobotic are working on a lunar robot for NASA’s Lunar Surface and Instrumentation and Technology Payload program, or LSITP, that is small, fast, solar-powered and will not be teleoperated nor radiation-hardened, which is quite a change from more risk-adverse prior methods.

The more affordable yet dynamic approach of constructing the so-called MoonRanger is a shift from past rovers that were behemoth in size, protected from radiation and very slow, says William “Red” Whittaker, director of Carnegie Mellon University’s (CMU’s) Field Robotics Center, who is leading the technical development and construction of the MoonRanger. The rover will have fully autonomous operations and will provide high-fidelity 3D maps of the ice fields on the moon’s south pole. The robot will be equipped with a special instrument with an optical laser designed to help guide the robot in the dark, as well as measure the ice fields and map the terrain of the pole.

Masten Space Systems’ XL-1 lunar lander will transport the MoonRanger to the moon’s south pole in December 2022. And the rover will only have a 10-day mission, Whittaker says.

Previous rovers designed for the moon or Mars had to be operated remotely, or teleoperated. And the robots were built to have a long operational lifetime and run on isotope or nuclear-based power, he states. For example, the Sojourner, which spent 83 days on the surface of Mars in 1997, only had an average speed of 0.003 centimeters per second (cm/s). The Opportunity, the Mars Exploration Rover that ran for 14 years, only reached speeds of 0.025 cm/s, the director says. The Opportunity and the Russian-built Lunokhod vehicle weighed 185 kilograms (kg), and 800 kg, respectively.

In comparison, the MoonRanger is expected to reach speeds of about 2.5 cm/s over its 10-day mission, and its weight is capped at 18 kg, Whittaker says.

“For first starters, we have to be small, because the lander is small,” the director notes. “The other is that the program that is funding this, the LSITP, put an upper limit of 15 kilograms. And because it’s small, it can’t carry the big radio and it can’t generate the great power that is needed to have a direct-to-Earth communication or communication back to the rover. That’s why you can’t teleoperate. You can’t be like a Mars rover.”

Instead, using WiFi, the rover will transfer its data when it gets close to the XL-1 lander, and the lander will relay the information back to Earth, Whittaker says.

This approach also means an altered risk profile, especially with the computer components. The MoonRanger will use systems that do not need to be radiation hardened (rad-hardened). “[Previous rovers] were built, to the extent that they could be, to those incredible space standards, meaning that they have radiation-hardened electronics and redundancy, and they have rigorous systems and programs,” Whittaker states. “And the good news is that they are incredible machines. And some of the tougher news is that they could take a decade to develop, and the mission could be a billion [dollars].”

The MoonRanger will be relying on NVIDIA’s ruggedized TX2i, with 1.5 teraflops of processing, which will be turned off during launch. In comparison, the 1,043-kilogram Mars 2020 Perseverance Rover, which is expected to launch in July, has 3.2 gigaflops of processing using the rad-hardened PowerPC 750.

Moreover, the short time frame of the MoonRanger’s mission allows the rover to avoid being exposed to the 14-day lunar night and the associated cryogenic temperatures, he notes. “Now you’re starting to get the idea of why it has to be autonomous, but there’s another reason, a more important one,” he suggests. “It is because it can only be there one week, and the reason why it can only be there one week is when night comes, it isn’t like night on Mars. On the moon, it’s this cryogenic cold. Night is colder than the temperature of liquid nitrogen here on Earth.”

The reliance on fully autonomous operations—enabled by the powerful computing—has never been achieved before in such a manner, Whittaker says. And he does have confidence in the robust autonomy to operate over the 10-day mission, navigating, mapping and making decisions independently, with the cycle of the sensors and computing updating several times a second.

“What you’re starting to see is that we have a risk posture different than what’s out there in the federal mission that’s going to spend two and a half billion dollars and take 10 years,” he emphasizes. “And the second thing is that once we’re up there, we have a different risk posture because we’re going to trust the autonomy.”